While Israel is applying UAV tech to such mundane tasks as reading water meters, Iran has once again made the world shudder by introducing a drone that can deliver a deadly payload to targets a thousand kilometers away. 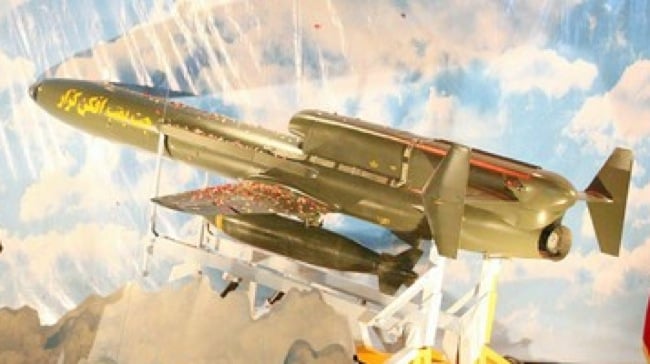 Dubbed by President Mahmoud Ahmadinejad as an “ambassador of death,” the nimble Karar (Persian for “Assailant”) can deliver either two 250 pound bombs or a heftier precision guided missile. And to think just last month Iran’s first foray into robotics (Surena) was reported here only a while back.

Apparently, Iran is dead set on playing catch up when it comes to high technology systems that include the usual assortment of missiles, submarines and now killer drones.

It’s a move that has reached a new level of urgency after Iran’s UN-monitored civilian nuclear power plant in Bushehr became operational last Saturday, heightening fears of an imminent attack by their arch-foe Israel.

In a carefully orchestrated press conference in a Tehran university on Sunday, President Ahmadinejad was all praises for the new weapon. Though current specs are classified, footage of the Karar in flight was broadcast on Iranian television.

You know, if the Iranians combined this with their Surena they’d be the first country to build a flying humanoid robot. Hmmm.