It looks like Honda’s Asimo robot may have some competition, in the form of a robot developed students at Tehran University in Tehran called Surena.

Surena was unveiled by the Iranian president Mahmoud Ahmadinejad, and it has been named after a Persion warrior, and Surena stands 4.7 feet tall and can walk slowly and carry its own weight of 99 pounds. 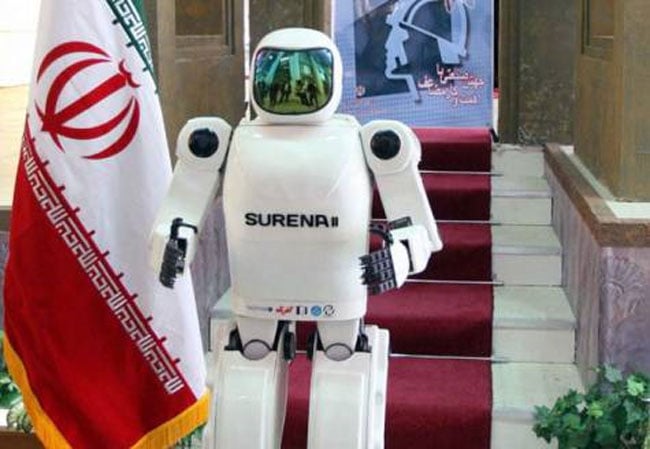 The robot will be having some new features added to it shortly which include speech modules and vision, you can see it in action in the video below.