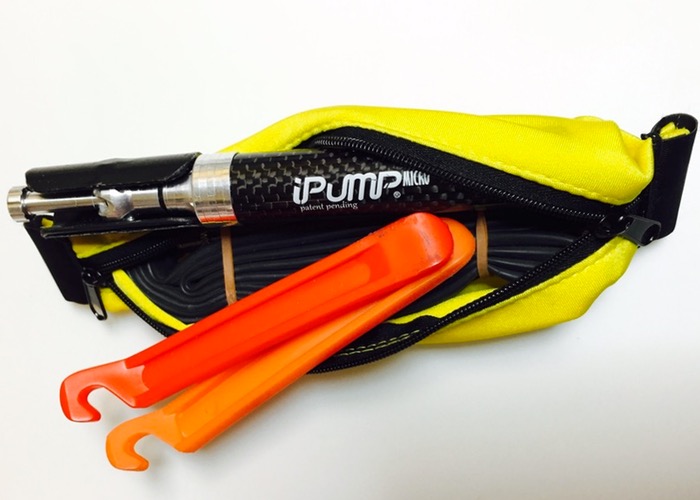 Cyclists in the market for a small pocket sized bike pump that weighs just 25 g and is capable of helping you inflate your bicycle tyres to high pressures, may be interested in a new design that is launched over on the Kickstarter crowdfunding website called the iPump Twist.

The iPump Twist bike pump builds on a previous design called the iPump Micro which also successfully launched over on the Kickstarter crowdfunding website. The new version has now been tweaked to provide an easier way to pump high-pressure tyres to the required psi. Watch the video after the jump to learn more about this ultralight bike pump.

“iPUMP The lightest air pump in the world. Carbon fiber body, Presta connector. 21 grams that can save your life!! Our iPUMP MICRO kickstarter campaign last year was a howling success thanks to hardcore cyclists like you!!

Some of you shared with us your honest opinions and said that you wanted us to make it easier to reach higher pressures. So we went back to the drawing board and came up with the iPUMP TWIST, which does just that, and more!!

iPUMP TWIST was specially crafted to perfectly fit the palm of your hand for maximum pumping performance – to the tune of 120psi or more!
We need your support to make this happen.”

The iPump Twist project is currently over on the Kickstarter crowd funding website looking to raise enough pledges to make the jump from concept to production. So if you think iPump Twist is something your cycling could benefit from, visit the Kickstarter website via the link below to make a pledge and help iPump Twist become a reality with a pledge from $80.