With the iPhone being more than just a phone or music player  its now being adopted by media server manufactures as a convenient way to control devices. In response to this iPort have created wall mounted holders for the iPhone, iPad and iPod. 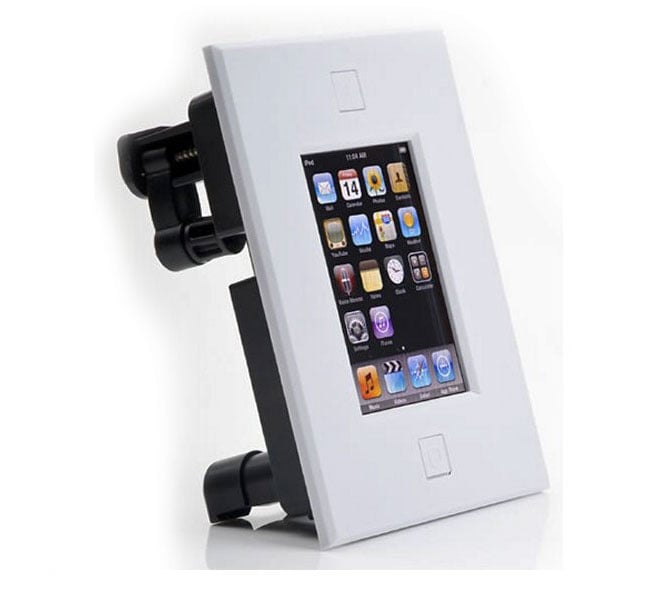 The iPort holder covers the devices in a wall-mounted container with a magnetically attached, rectangular front to turn them into in-wall touchscreens.

The CM100 lets you use the Apple devices as a touchscreen controllers and music streamers of both stored tunes and audio from the device’s apps.

I’m still not 100% convinced myself as I prefer to move around with controllers even in the same room. What are your thoughts?