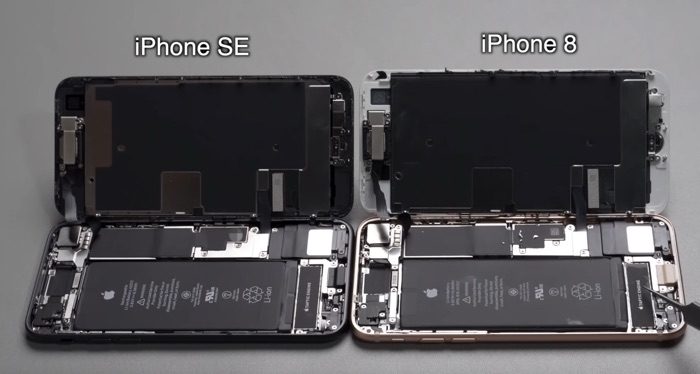 The new iPhone SE is basically just the iPhone 8 with some upgraded hardware, the device has a new processor and also some new cameras and more.

Now we get to seen what is inside the new iPhone SE in a teardown where it is taken apart side by side with the iPhone 8. The video below shows us the two handsets side by side.

The new budget iPhone comes with an Apple A13 Bionic processor, it also comes with some updated cameras.

There is also a new modem and WiFi chip in this new handset, plus a different battery connector, the same one used in the iPhone 11, plus a new flashlight interface, the rest of the handset is the same as the iPhone 8.

Apple’s new iPhone SE has gone on sale today and it retails for $399, it i Apple’s most affordable iPhone in their range. It should end up being  popular device for Apple and it could encourage many people to upgrade who do not want to pay $1,000 for a smartphone.