We previously heard that the next version of the iPhone OS, iPhone OS 4.0 may feature some sort of Facebook integration. Now Gizmodo are reporting that iPhone OS 4.0 will come with a native Facebook application built in.

It looks like the previous rumor could end up coming true, and iPhone users would be able to sync with their Facebook contacts, and also Facebook Connect for iPhone applications so they can connect directly with Facebook. 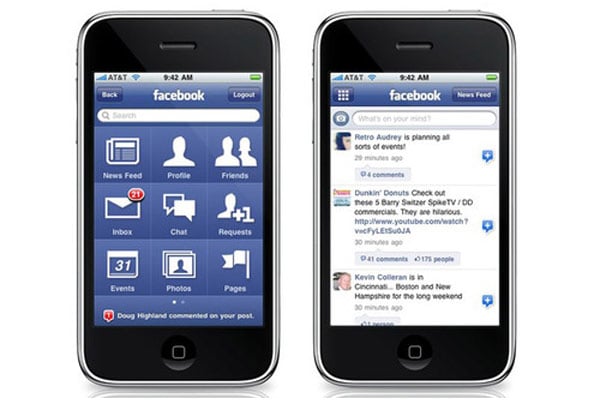 Apple are expected to launch iPhone OS 4.0 next month, when the iPhone 4G is announced, it certainly does look like it is going to be the best version of the iPhone operating so far.

Although with all the recent concerns over Facebook privacy, maybe having it natively built into the iPhone isn’t such a good idea after all.