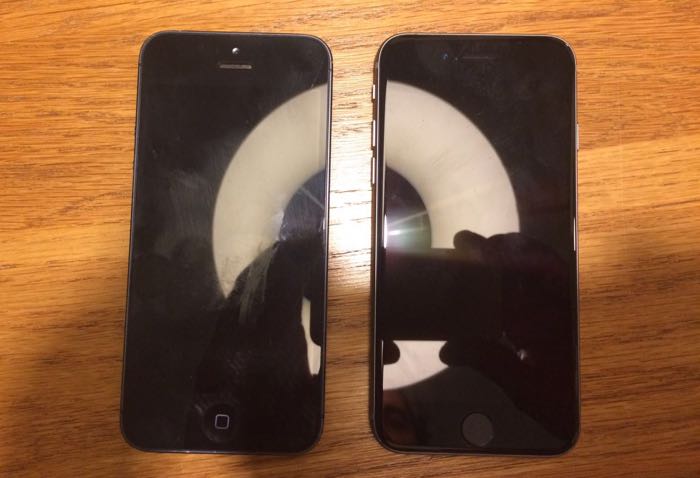 Apple is rumored to be launching a smaller 4 inch iPhone 6C in March, we saw a video of the rumored handset last week and now we have a photo of the device.

The photo, which you can see above appeared on Dutch website, One More Thing and it shows the new iPhone 6C next to an iPhone 5.

As we can see from the photo, the iPhone 6C shares a very similar design to Apple’s current iPhone 6S and iPhone 6S Plus, the handset appears to be the same size as the iPhone 5, this means that the display would measure 4 inches.

The handset is rumored to share similar specifications to the iPhone 6 in terms of internal hardware, the device is rumored to come with a an Apple A8 processor and an 8 megapixel rear camera.

This would allow Apple to sell the device for a lower price than its current range of handsets, the device is expected to be made available in similar color options to the current range, rather than the bright colors that were used on the iPhone 5C.

Apple are expected to announce this new smaller iPhone at a press event in March, the company may also announce their second generation Apple Watch at the same event.