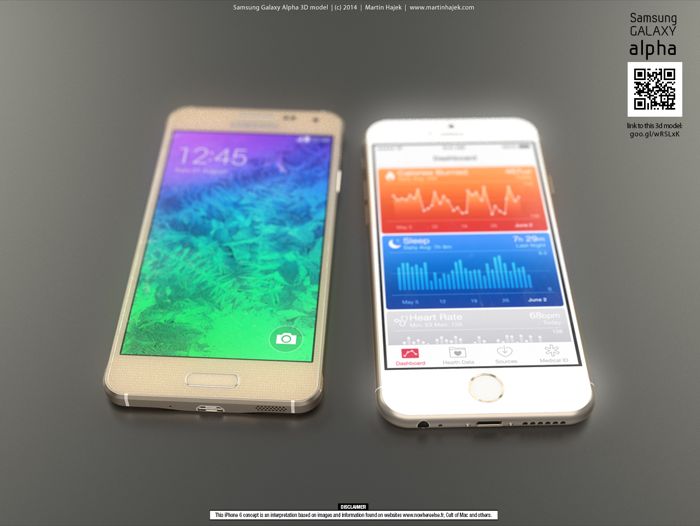 We have seen various mockups and leaked renders of the new iPhone 6, and now we have some photos comparing the iPhone 6 vs the Samsung Galaxy Alpha. 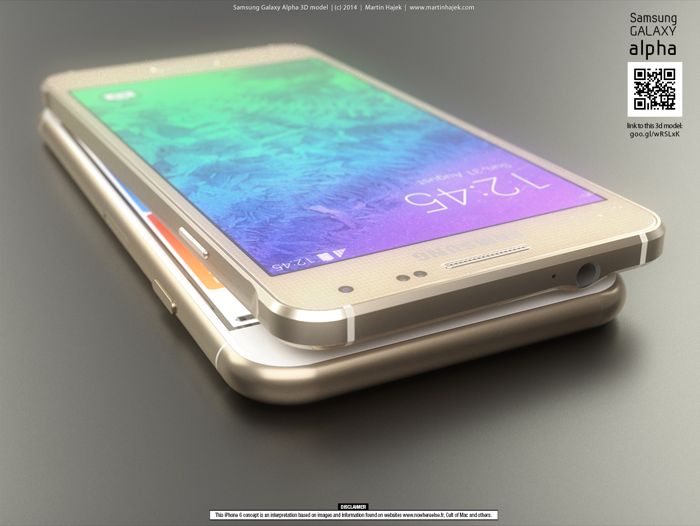 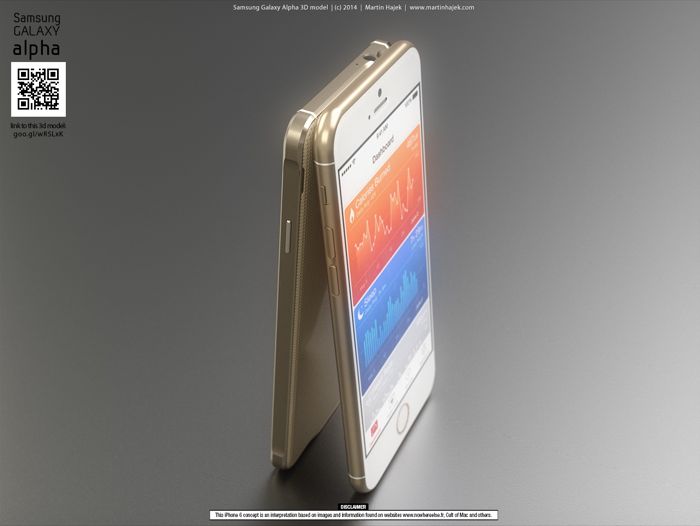 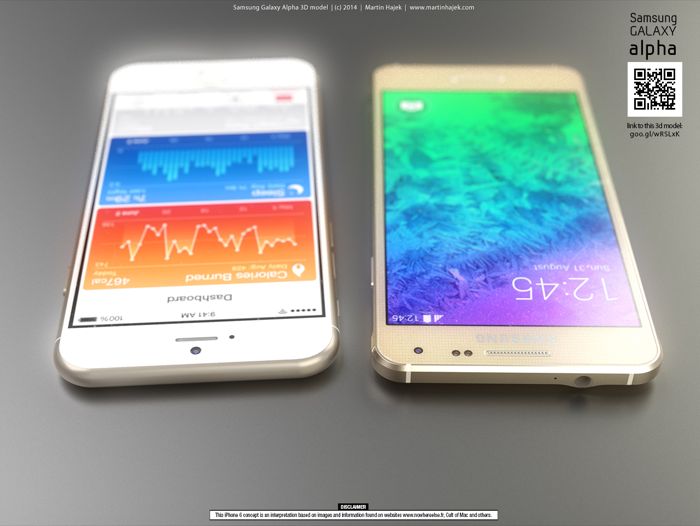 Both of these new iPhone 6 handsets are said to come with the new Apple A8 processor, this is Apple’s second generation 64-bit mobile processor. 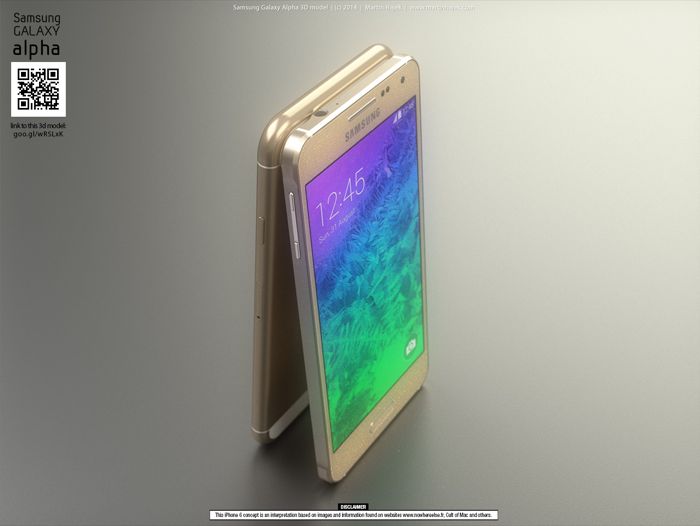 The iPhone 6 is also rumored to come with update cameras over the current iPhone, and also a new fingerprint sensor, which is said to be more accurate and durable than the current version.