Few days back, the name “iPhone 5S” popped on Apple’s Hungary website which was taken down in minutes. Today, the name appeared on the website of a Japanese carrier, KDDI that further proves that the next flagship would be sold under the iPhone 5S. 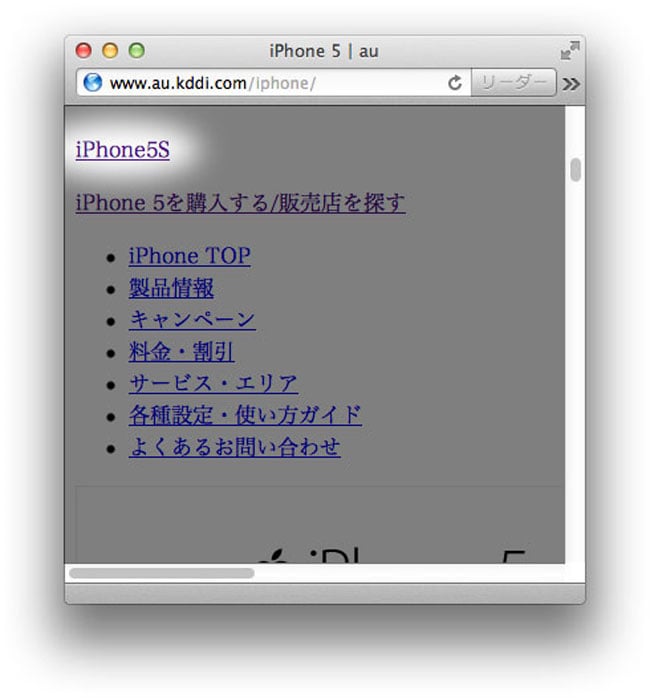 The evidence is found under in the source code of the website that reveals iPhone 5S as the successor the current iPhone 5. Apple has followed a similar trend since the inception of iPhone 3G which was succeeded by iPhone 3GS – followed by the transition of iPhone 4S from iPhone 4.

Apple is expected to launch two new devices – iPhone 5S and iPhone 5C – on the alleged September 10 event. The devices are expected go on sale in the third week of September, around September 20. How do we know that? Well, it’s just a prediction. Firstly, we’ve seen in the past that Apple devices go on sale a week and a half after the launch event. Plus, we saw a leaked document yesterday that showed black out vacation dates for Apple employees that restricted holidays from September 15 to September 28. Lastly, some of the carriers — T-Mobile and AT&T — who are going to carry the device have blacked out employees vacation dates in the latter part of September.

The iPhone 5C is expected to be the low-cost version with a plastic body and specifications similar to iPhone 5. Rumors suggest that iPhone 5C will take over iPhone 5 after its launch. The iPhone 5S is the refreshed model with major hardware upgrade including an A7 processor, 12-13MP camera and other hardware changes.

Both devices are expected to launch on 10 September, if rumors about the event are to be believed. There is no official word from the Cupertino Company about the event but we hope to hear about it very soon. Just mark your calendars for September 10 and we will try to bring you all the information we can get on iPhone launch.