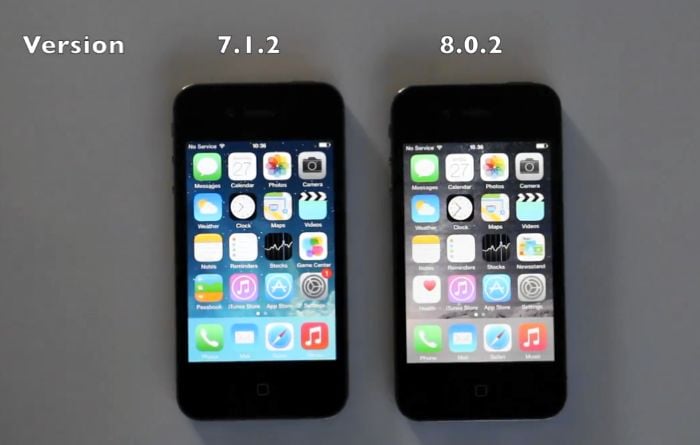 Apple recently released iOS 8, the new version of their mobile OS is available for a range of devices, and this includes the older iPhone 4S.

When Apple iOS 8 was released, there were reports that the iPhone 4S was experiencing lag when the update was installed, and now we have a video comparing iOS 7 to iOS 8 on the iPhone 4S.

The Appstore application appears to be faster with iOS 7.1.2, whilst other apps appear to be only marginally slower when running iOS 8.

As you can see from the video, the older iOS 7.1.2 seems to be slightly faster than the new iOS 8.0.2, although there does not seem to be much in it.

Considering that all of the new features that the new iOS 8 update adds to the iPhone 4S, it is probably worth updating to the new version, as it doesn’t appear that there is that much difference in terms of speed on the iPhone 4S with the two versions of iOS.