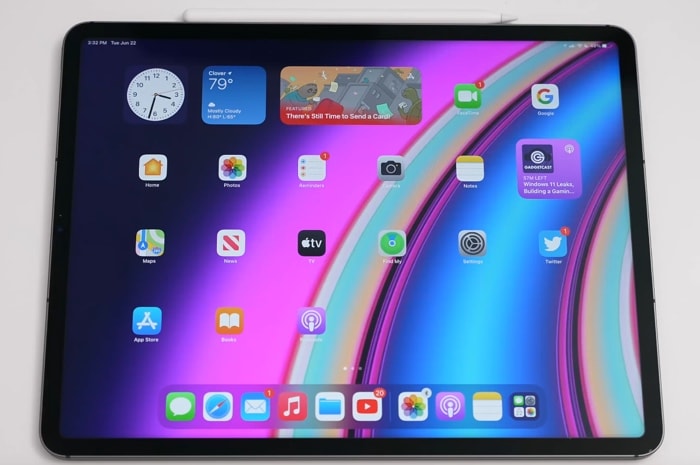 We have seen quite a few videos on Apple’s new iOS 15 for the iPhone and now we have a video on iPadOS 15 for the iPad and some of the top hidden features in the software.

Apple’s iPadOS 15 software update will bring a range of new features to the iPad, this includes an updated home screen and widgets, plus a range of improvements to multitasking.

The video below from Zollotech gives us a look at some of the top 5 features coming to the iPad with the iPadOS 15 software update.

As we can see from the video there are a number of hidden features that many of us did not know about, the first one is the ability to delete apps from within the Spotlight Search feature.

The second new hidden feature is the ability to have the suggestion bar off at the side when you are notes so that it does not get in your way when typing.

Another new feature is the Per-App settings that lets you have specific settings for different apps, this is a great feature that allows us to further customize individual apps.

There is also a new feature in Safari that will automatically create a PDF when you do not have a printer handy, you can then save the PDF file on your iPad.

Another iPadOS 15 hidden feature is the ability to move the music when you are multi-tasking to any side on your iPad display, before it could only be used on one side of the device.

The photos apps now has the ability to drag and drop a photo anywhere and drop photos into any app you want, this is a really useful feature to copy and paste things to apps.