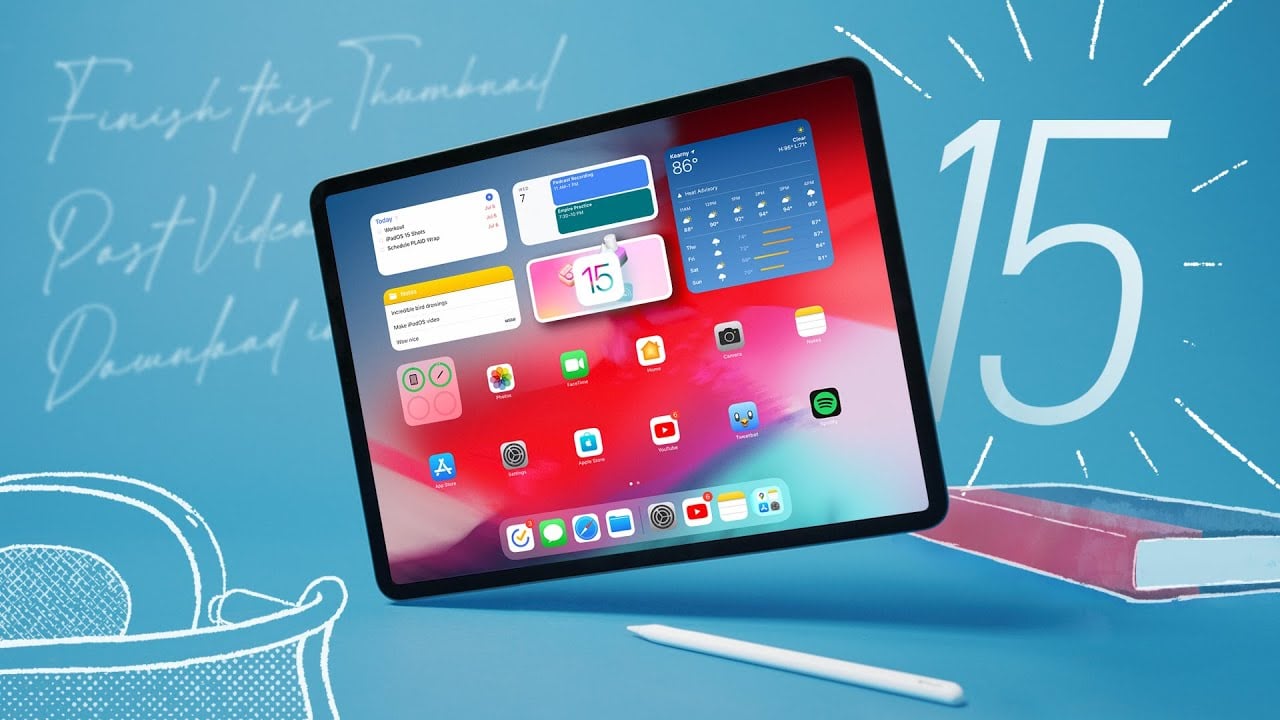 We have already seen a number of videos of the new iOS 15 and now we have a review of the new iPadOS 15 software in a new video from Marques Brownlee. The video gives us a good look at Apple’s iPadOS and many of the new features that are coming to the iPad, lets find out more details.

As we can see from the video there are a number of new features that Apple are bringing to the iPad with this update.

There are changes to the Widgets and Home Screen which could be a really useful feature, Apple has been behind Android tablets on this for some time.

The new iPadOS also brings the same App Library from the iPhone which lets you hide apps and also easily access them.

This update also brings some new multi-tasking features to the iPad, this is definitely an area that needed some work, there are some good new features. Hopefully this is something Apple will also work on in future updates.

We are expecting Apple to released their iPadOS 15 and iOS 15 software updates in September along with the new iPhone 13 release.