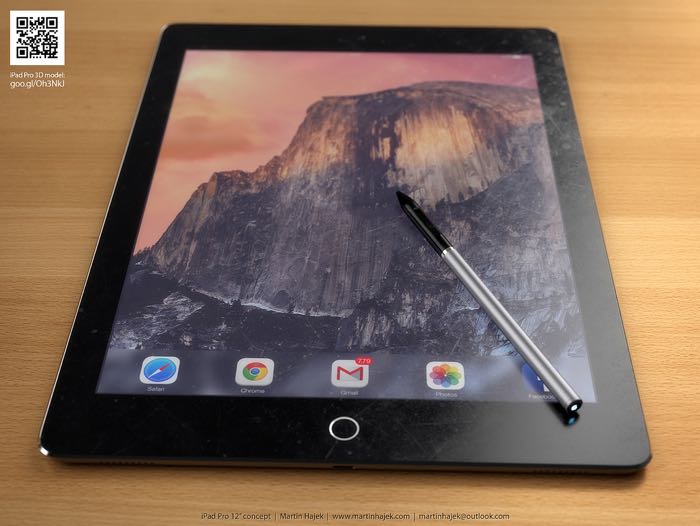 We are expecting Apple to make their new iPad Pro official at their iPhone 6S press event next month, the device is expected to feature a 12.9 inch display.

Now the iPad Pro has been spotted by analytics company AppSee, the device was listed with the model identifier of iPad6,8 and the tablet had a resolution of 2732 x 2048 pixels.

The tablet was spotted running iOS 9.1, this means that the device probably wont launch next month with the iPhone 6S and 6S Plus, these devices will come with iOS 9.

We previously heard that the new iPad Pro would launch some time in November, so we suspect this is more likely the release date for the larger iPad than next month.

The new iPhone 6S and 6S plus devices were also spotted by AppSee with the model numbers iPhone8,1 and iPhone8,2.

The new iPad Pro is rumored to be powered by an Apple A9X processor, the new iPhones will come with an Apple A9 processor, we are also expecting the device to come with a Stylus and a range of storage options up top 256GB.

It looks like Apple will announce their new larger iPad at their iPhone event next month, although we will have to wait for a few months for it to go on sale, this is something they did with the launch of the Apple Watch.