Apple iPad Mini with Retina Display has faced supply issues since the tablet went on sale on November 12th. Majority of configurations showed a shipment date of 5-10 days until this month. However, it seems the situation has changed as the shipping times are down to one to three days for the tablet. 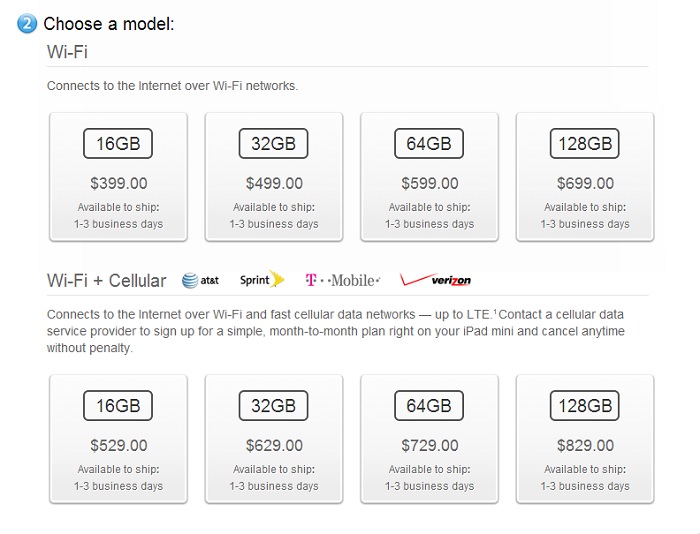 The news about the constrained supply emerged long before the launch of the tablet due to the shortage of the Retina display panels. The tablet even went on sale long after it was announced on 22nd October, with iPad Air going on sale early November. The shipping estimates started from five to ten days and were improved to three to five days earlier this before and are now down to one to three days.

Apple launched the tablet silently in its online store and was available online or via Personal Pickup service. It wasn’t until late-November that Apple started offering the tablet in-store.  But, high storage capacity and cellular models still appears to be low in supply, according to the unofficial online tracker.

Anyway, now that the shipping times have improved, it should be a good sign for all Apple fans who’re planning to get the iPad Mini with Retina during the holiday season.