Ever since Apple launched the first iPad we have been hearing rumors that Apple would launch a smaller version of their tablet, it is that time of the year again and the iPad Mini rumors have re-surfaced.

According to a recent report by Bloomberg, Apple intends to launch a new smaller iPad later this year, and the device will come with a display between 7 and 8 inches, we have been hearing rumors of a 7.85 inch iPad for some time. 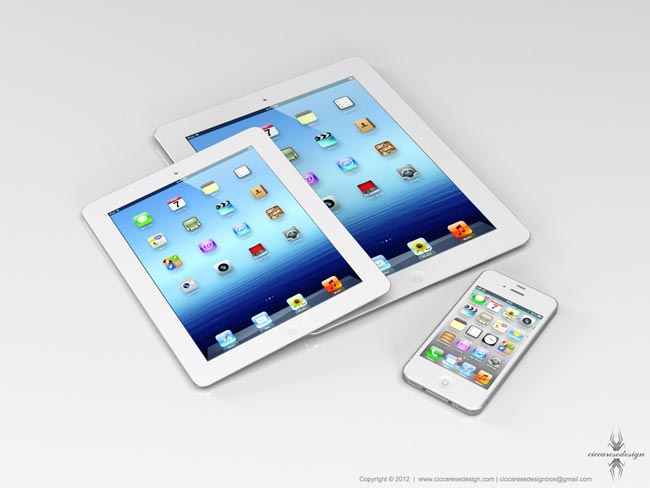 The new model will have a screen that’s 7 inches to 8 inches diagonally, less than the current 9.7-inch version, said the people, who asked not to be identified because Apple hasn’t made its plans public. The product, which Apple may announce by October, won’t have the high-definition screen featured on the iPad that was released in March, one of the people said.

As usual this is just a rumor at the moment, although with the recent launch of Google’s new 7 inch tablet, the Google Nexus 7, it would make sense for Apple to launch a smaller and cheaper tablet.