Apple are holding a press event tomorrow, the 22nd of October, where they will announce their new iPad Mini 2 and also the new iPad 5.

Now we have another leaked photo of the new iPad Mini 2, as you can see from the photo, the tablet will come with Apple’s fingerprint sensor, which is called Touch ID. 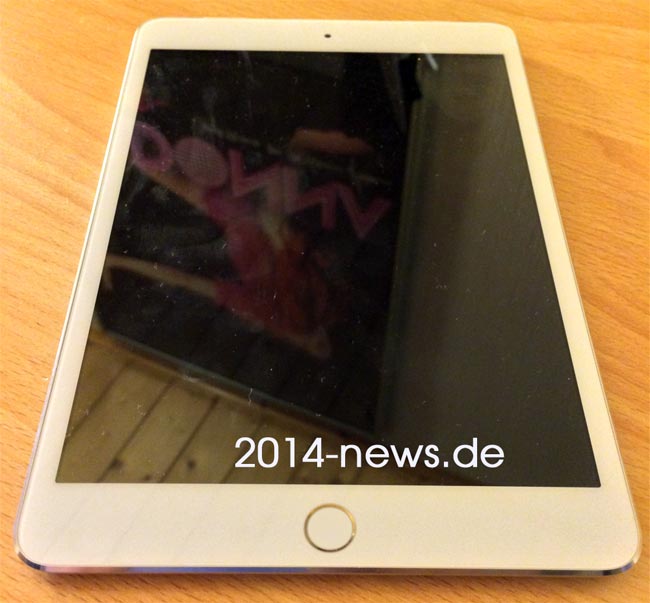 The iPad Mini 2 is said to come with Apple’s new 65-bit A7 processor, that was announced with the iPhone 5S, the processor will also be powering the new iPad 5.

One thing we do not know about the iPad Mini 2, is whether or not it will come with a Retina Display, Apple has one in the works for the device, but there have been a number of rumors that the higher resolution display for the iPad Mini 2 is delayed.

We are also expecting Apple to announce a number of other things at their iPad event tomorrow, possibly a new Apple TV, and some new MacBook Pro’s.

Apple will also announce the release date of OS X Mavericks, which is expected to be released by the end of October, and also the launch date of the new Mac Pro, which will go on sale some time in November.