Apple has an official camera connection kit for the iPad and iPad 2 that lets you transfer photos and videos from SD cards and also lets you connect your camera to your iPad.

Now the guys over at MIC gadget have a new card reader for the iPad 2 that will read CF cards, which could be great for professional photographers who use cameras like the the Nikon D3s and the Canon 5D Mark II. 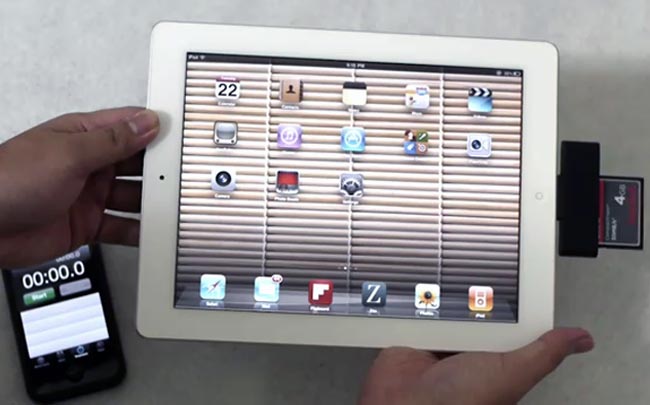 In the video below you will see how well this camera accessory works with the iPad 2, it manages to transfer three photos which are a total size of 13.6MB in just 4 seconds.

This certainly looks like it would be a great accessory for professional photographers, and they are available for $30 from MIC Gadget.