Apple launched their fourth generation iPad last week, the design shares a similar design to the iPad 3 that was introduced earlier this year, although it comes with some performance upgrades, now it is time to have a quick look at the iPad 3 Vs iPad 4.

The new iPad 4 features a faster Apple A6x processor and it now comes with Apple’s Lightning dock connector, it features the same Retina Display that was introduced with the iPad 3, have a look at the video below which compares the two devices. 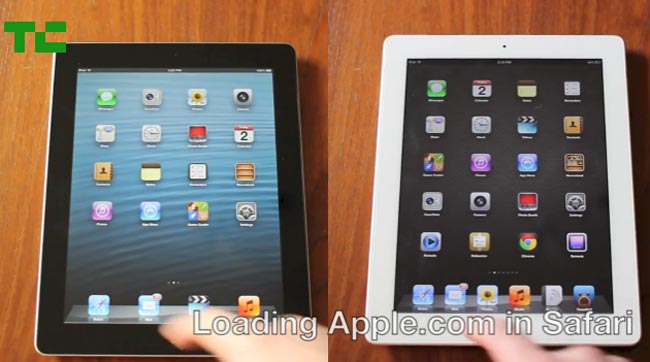 The iPad 4 seem faster than the previous iPad 3, although if you own an iPad 3 it may be better to wait until the new version is introduced next year before thinking about upgrading.