Seems like everyone’s getting excited for the launch of the third-generation iPad, rumored to happen on March 7. Here’s another iPad 3 tidbit to whet your appetite: it has been confirmed to sport a 2048×1536 retina display. 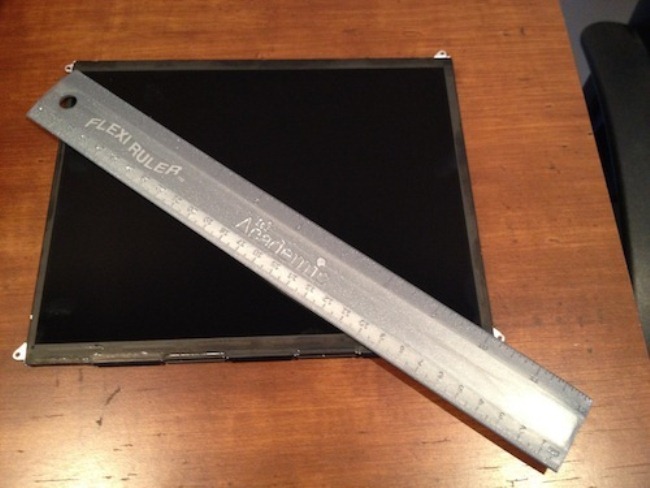 Insiders were able to secure an iPad 3 screen and compared it with that of iPad 2. The results were quite impressive: not only that it confirmed rumors of a super hi-res display for the iPad 3, the microscopic test revealed that the device’s linear resolution is double the value of previous generations’ screens (1024×768). This is proven by a highlight of a pixel cluster on an iPad 2 screen containing 2×2 pixels, while the same area in iPad 3’s screen contained 4×4 pixels.

The test also proves earlier news that the highly-anticipated device is as the same size as its predecessors at 9.7″ diagonal.

iPad 3 would be the first big product launch of Apple for 2012, without its founder Steve Jobs. Much has been said (or rumored) about its specs, but confirmed features include 4G LTE mobile data support, a quad-core 6 system-on-a-chip, and of course, the hi-res retina display.