The iPad 2 went on sale in the UK last Friday, you could either order it online from 1am or purchase it from an Apple Store or an authorised retailer from 5pm on Friday afternoon.

When the Apple Store online started selling the iPad 2, the store went offline briefly and many customers had trouble ordering the iPad 2, and the next day the shipping times of the iPad 2 were 3 to 4 weeks. 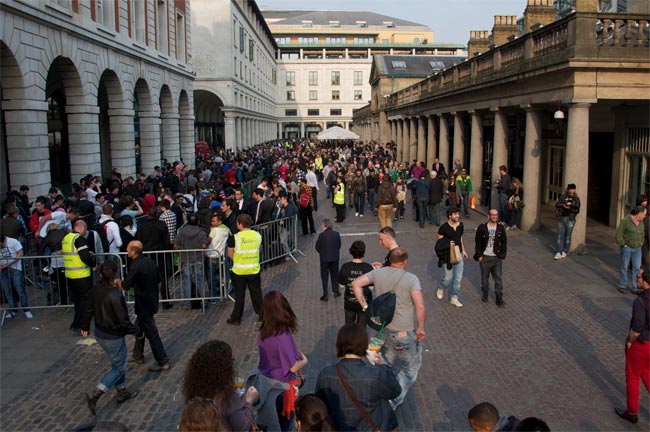 The UK launch of the iPad 2 followed the same path as the recent US launch, where the device was sold out quickly, and customers are still waiting to get their hands on the iPad 2.

We can expect to have to wait here in the UK as well, and we suspect it will probably be quite some time, before the iPad 2 is readily available in the UK as there seems to be huge demand for Apple’s second generation tablet.