Apple’s iOS in the car feature is rumored to launch with Apple iOS 7.1, and now Steve Troughton Smith has published a number of screenshots for iOS in the car.

The new images show a different look to iOS in the car, when compared to the images that are currently available for the service on Apple’s website. 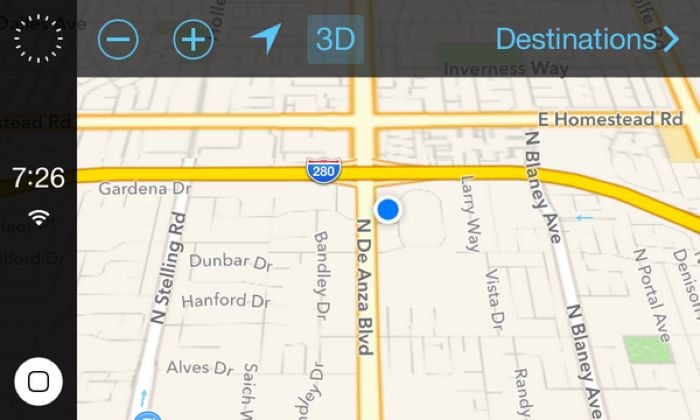 Other new features that have been revealed include bookmarks and destinations menus, and there is also a homescreen for apps, which you can see in the second photo above. 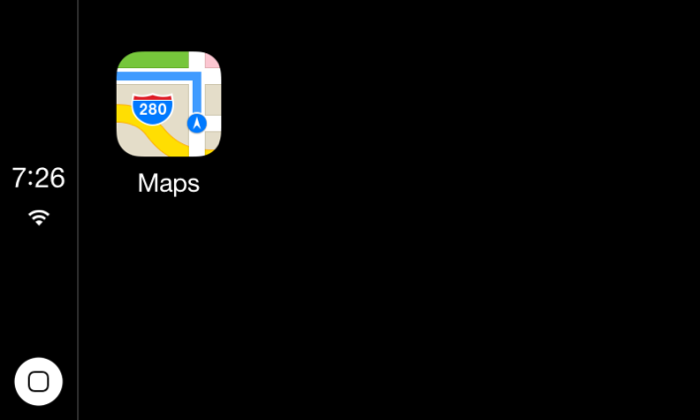 At the moment the apps homescreen is only showing one application, although we presume this will change when the service is launched, and it will show whichever applications are compatible with iOS in the car. 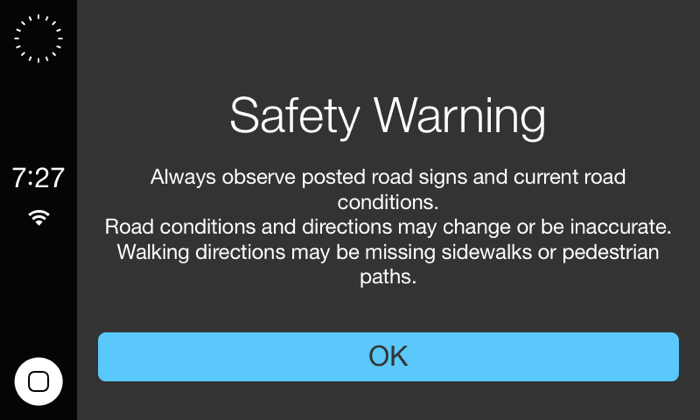 There is also a warning screen, which is similar to the ones found on GPS devices, this can bee seen in the third photo above.

Apple’s iOS in the car will works with their Siri Eyes Free feature, which is designed to let you perform a number of functions with your iOS device using voice commands. 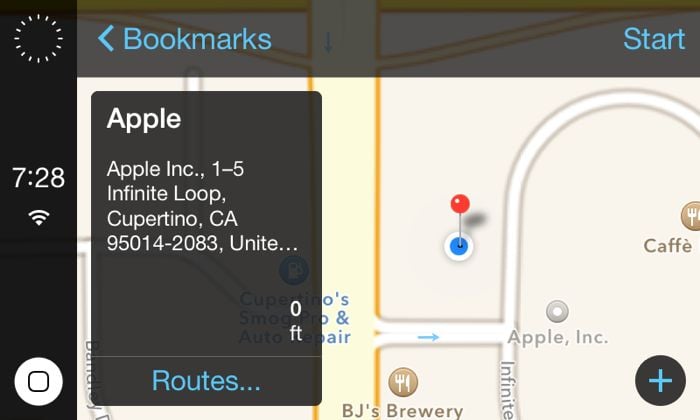 Apple are expected to launch Apple iOS 7.1 some time in March, and it will be interesting to see if their new in car feature launches with iOS 7.1.