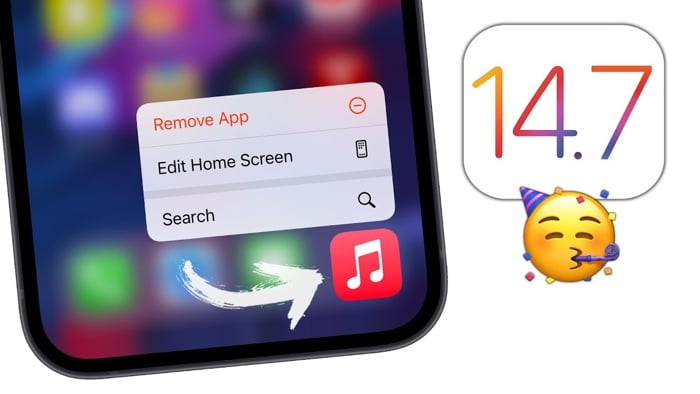 Apple recently released their iOS 14.7 software update for the iPhone, we are still waiting for them to release iPadOS 14.7 for the iPad.

Yesterday we got to see a video of the new iOS 14.7 software in action and now we have another video, this one is from Brandon Butch.

The iOS 14.7 software update comes with some bug fixes and also a range of performance improvements, there are also some minor new features in this update.

This version of iOS supports new MagSafe Battery Pack for the iPhone 12 range of smartphones, there are also some updates for the Apple Card Family . Plus there is an update for the HomePod that lets you set timers direct on your iPhone.

Apple has only released the iOS 14.7 software update so far, we are waiting for the release of the iPadOS 14.7 update which is expected soon.

This is probably going to be one of the last software updates for Apple’s iOS 14, excluding bug fix updates as Apple is currently working on iOS 15. Apple recently released their third developer beta of iOS 15 and also their second public beta.

iOS 15 will bring a wide range of new features to the iPhone and iPad and we are expecting it to be released some time in September along with the iPhone 13.