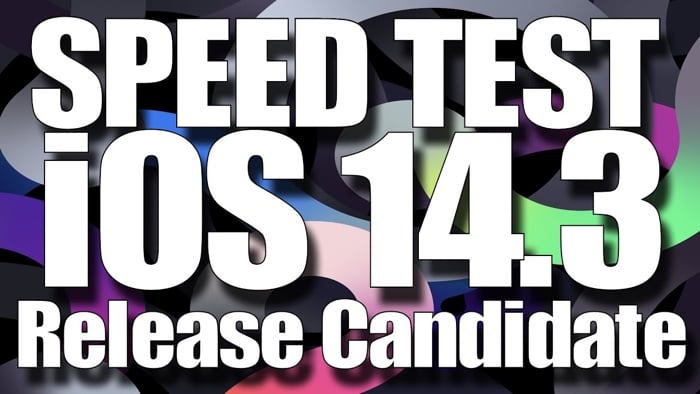 Yesterday we saw the new iOS 14.3 Release Candidate which has been released to developers, this is likely the final version of the software that will be released to everyone.

Now we have a speed test video of iOS 14.3 Release Candidate vs iOS 14.2 and we get to see if there are any speed improvements in this new version of iOS.

Apple are launching Apple Fitness+ on the 14th of December and it needs iOS 14.3 to run, so we can expect the software to be released some time before then.