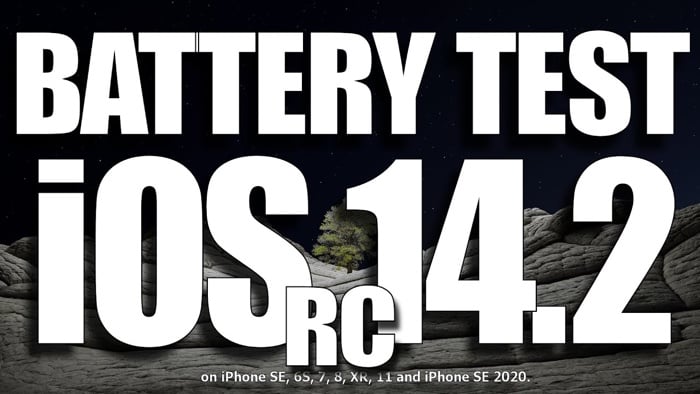 Apple recently released iOS 14.2 Release Candidate to developers, this is expected to be the final beta of the software and also the software that will be released to everyone.

Now we have a battery life test of the new Release Candidate of iOS 14.2 on a number of devices, including the iPhone SE, iPhone 6S, iPhone 7, iPhone 8, iPhone XR, iPhone 11 and the 2020 iPhone SE.

It looks like there were some improvements in the battery life with this new beta over the current version of Apple’s iOS, it would appear that they improvements are on the majority of devices.

Apple are expected to release this new iOS 14.2 software update at the same time as the new iPhone 12 Mini and iPhone 12 Pro Max. The handsets will go up for pre-oider this Friday and launch the following friday, so we should see the iOS 14.2 release some time next week.