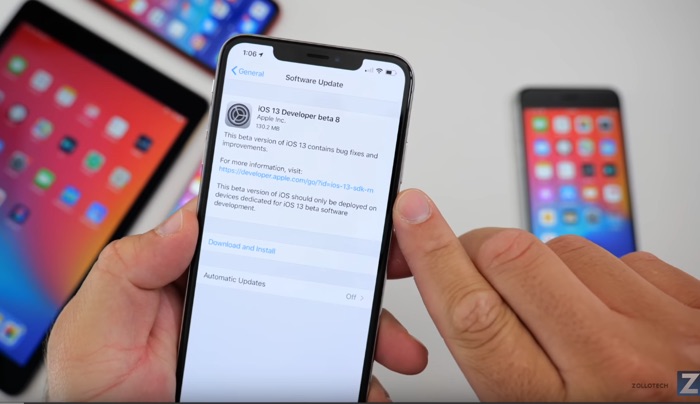 Apple recently released their iOS 13 beta 8 to developers and their iOS 13 Public Beta 7, these are essential the same software, they also released a new iPadOS beta.

We previously saw a speed test video of the new beta and a hands on video and now we have another video from Zollotech which gives us a look at the latest beta of Apple’s mobile OS.

Apple’s iOS 13 will bring lots of new features to the iPhone and iPad, this will include the removal of the iTunes app which is being replaced by three apps, Apple Music, Apple TV and Apple Podcasts.

The software also comes with some major changes to a range of Apple’s own apps, this includes the Photos App, Apple Maps, Siri, CarPlay and more.

The new iOS 13 developer beta 8 and iOS 13 public beta 7 are now available to download, Apple is expected to release iOS 13 in September, we do not have an exact release date as yet.