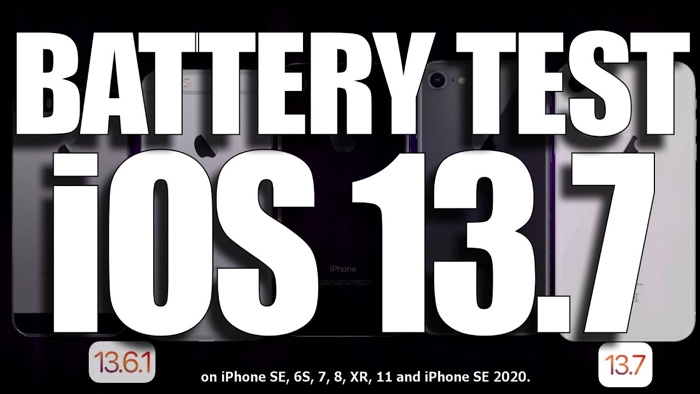 We previously saw a speed test of the OS and now we get to see if there are any changes in battery life in a new video from iAppleBytes.

As we can see from the video some of the handset showed some improved battery life whilst others went down slightly.

We are hoping that the release of Apple’s iOS 14 software will bring some battery life improvements to their range of iPhones. Apple are expected to release iOS 14 next month along with the new iPhone 12 range of handsets.