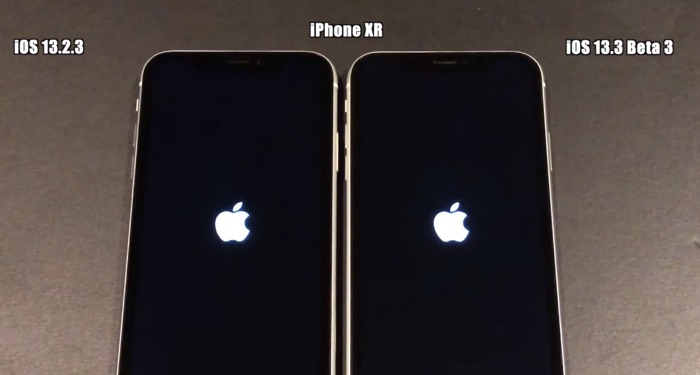 Apple released their new iOS 13.3 beta 3 software to developers earlier this week, we have already seen some videos of the new beta in action and now we have some speed test videos.

In the first video the new beta is run side by side with iOS 13.2.3 on the iPhone SE, iPhone 6S and iPhone 7, lets find out if there are any speed improvements.

As we can see from the video there are no major speed improvements with the new beta of iOS 13.3 in either boot up times or in the various apps.

Next we have another video of iOS 13.3 beta vs the current release of Apple’s iOS 13.2.3 software for the iPhone 8 and the iPhone XR, lets see if there are any improvements on these two handsets.

As we can see from the second video there were no major speed improvements with the new beta software on the iPhone 8, or the iPhone XR. We are expecting this iOS 13.3 software update to land some time in December.