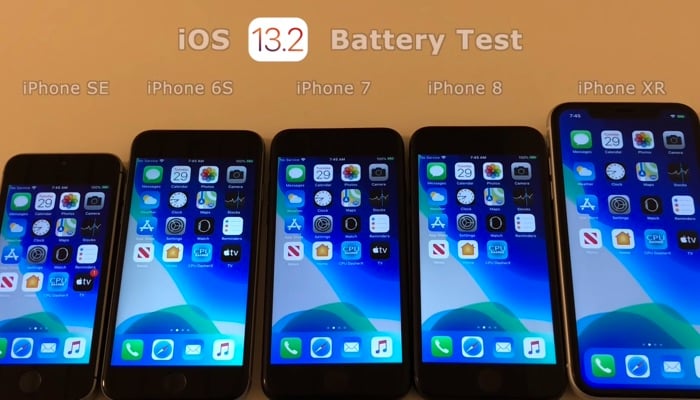 The new iOS 13.2 software update landed earlier this week and now we have a video which gives us a look at the iOS 13.2 battery life.

In the video below we get to see how the battery life is on the iPhone SE, iPhone 6S, iPhone 7, iPhone 8 and iPhone XR with the new iOS 13.2 software update.

As we can see from the video the battery life on the iPhone SE was slightly better on the iOS 13.1.3 with a run time of 3 hours and 4 minutes, with iOS 13.2 the run time was 3 hours and 3 minutes.

There was a slight improvement on the iPhone 6S, it lasted one minute longer with the new iOS 13.2 compared to iOS 13.1.3.