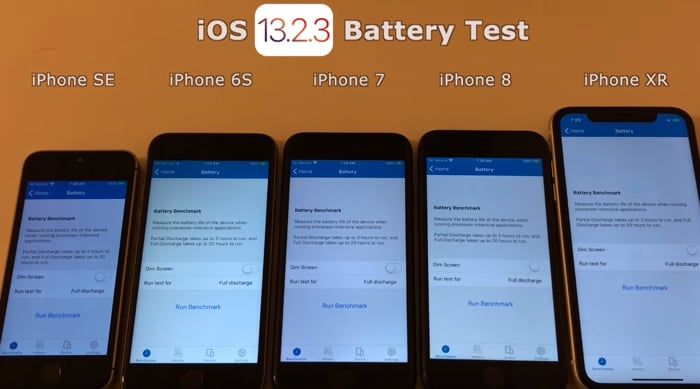 Apple surprised us with an iOS 13.2.3 software update earlier this week, the update comes with a range of bug fixes and possibly some performance improvements.

We have already seen a couple of videos showing us what is new in the OS and now we get to find out if there are any battery life improvements.

In a new video from iAppleBytes the iPhone SE, iPhone 6S, iPhone 7, iPhone 8 and the iPhone XR are tested to see if there are any battery life improvements.

As we can see from the video there were no major battery life improvements with the new iOS 13.2.3 software. some handsets were the same and others were slightly worse or slightly improved.