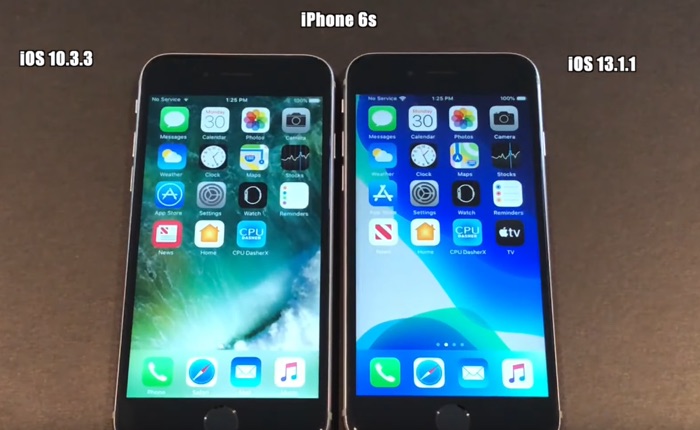 The new iOS 13.1.1 software landed over the weekend, the software fixes a number of bugs that were present in the previous version of iOS. We have already seen battery life tests and now we have a speed test of OS 13.1.1 vs iOS 10.3.3.

Many people are still running older versions of iOS so this speed test of OS 13.1.1 vs iOS 10.3.3 will give them a good idea if they should be updating to the latest version of Apple’s mobile OS. The test was run on the iPhone 6S.

As we can see from the video the handset running the new iOS 13.1.1 software booted up slightly quicker. It also appears to be quicker in many of the apps that are tested in the video.

If you are still running iOS 10.3.3 it may be worth thinking about updating our iOS software to this new iOS 13.1.1 update. Many of the bugs that were introduced with iOS 13 and iOS 13.1 have now been fixed with this new update.