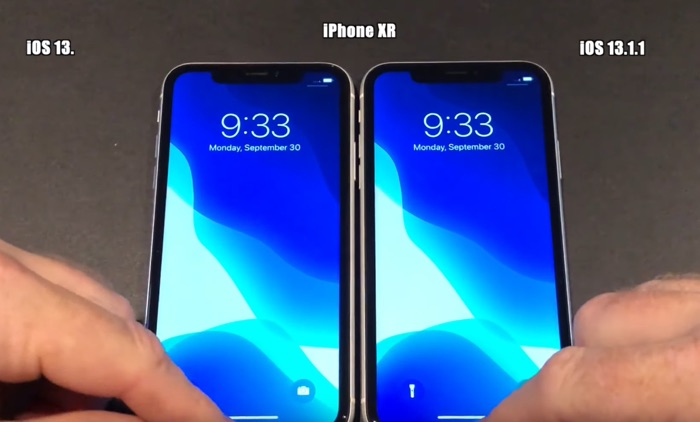 The new iOS 13.1.1 software update fixed a number of bugs in Apple’s iOS so it will be interesting to see if there are any actual speed improvements. The tests are run on the iPhone 6S, iPhone 7, iPhone 8 and iPhone XR.

As we can see from the video the iPhone 6S running the previous iOS 13.1 booted up slightly faster, there were no improvements in the apps.

With the iPhone 7 the handset running the previous iOS 13.1 software booted up faster, there were also no major app speed improvements.

The iPhone 8 in the test running the older version of iOS booted up a split second faster, there were no improvements in the various apps.

Finally the iPhone XR running the newer version of iOS appears to have booted up a split scond faster, no improvements in the apps. So no major speed improvements in iOS 13.1.1 but it does fix a range of bugs so worth updating.