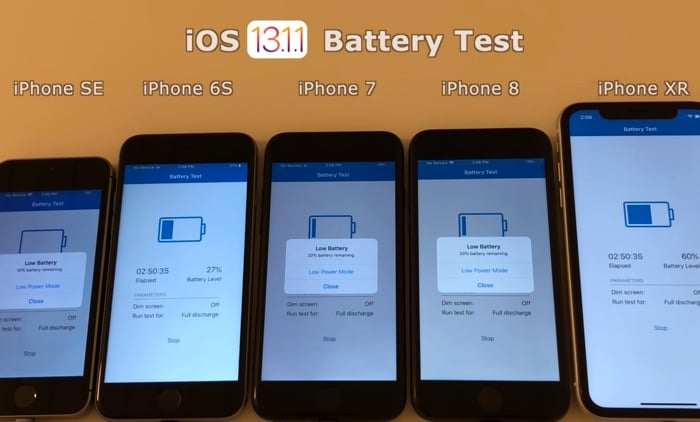 Apple recently released their iOS 13.1.1 and iPadOS 13.1.1 software update to fix a number of bugs, one of the bugs was battery drain on a range of iOS devices. This is something I noticed on my iPad and iPhone since the release of the previous update.

Now we have a video from iAppleBytes which tests out the battery life on this new iOS 13.1.1 software update, a number of devices are tested in the video. This included the iPhone SE, iPhone 6S, iPhone 7, iPhone 8 and iPhone XR.

The battery drain issue may not have shown in these tests but from personal experience there is a major improvement in battery life on iOS 13.1.1 over iOS 13.1. This is because when iOS 13.1 was introduced it created a battery drain problem that was not present in iOS 13, this issue has now been fixed with the most recent update.