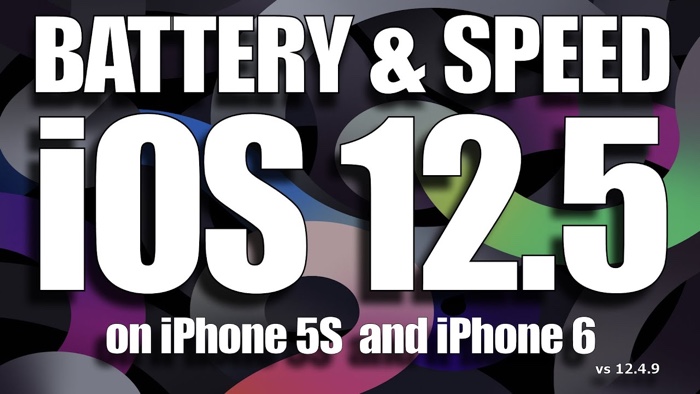 Now we have a speed test and battery life test of this iOS 12.5 software on the iPhone 5S and iPhone 6 smartphones.