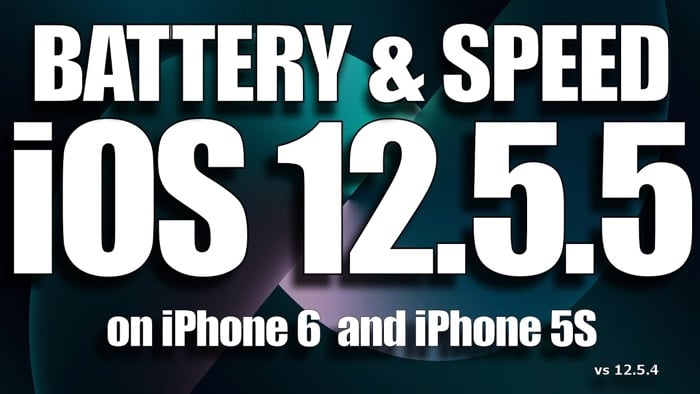 Last month Apple released iOS 12.5.5 for some of its older devices that were not eligible for the latest iOS updates.

The update was release to fix some major security flaws in Apple’s iOS software, if you have not installed it on your device, it is recommended you update it.

The software was available for the iPhone 5S, iPhone 6 and 6S, iPad Air, iPad Mini 2 and 3 and the 6th generation iPod Touch. Now we get to find out how it performs in a new video from iAppleBytes.

As we can see from the video there do not appear to be any speed improvements in the new iOS 12.5.5 software over the iOS 12.5.4 software. This is in both the boot up times and also in the range of apps.

If you own the iPhone 5S, iPhone 6 and 6S, iPad Air, iPad Mini 2 and 3 and the 6th generation iPod Touch then it is recommended that you install this software update on your device as it fixes some major vulnerabilities in Apple’s iOS software.