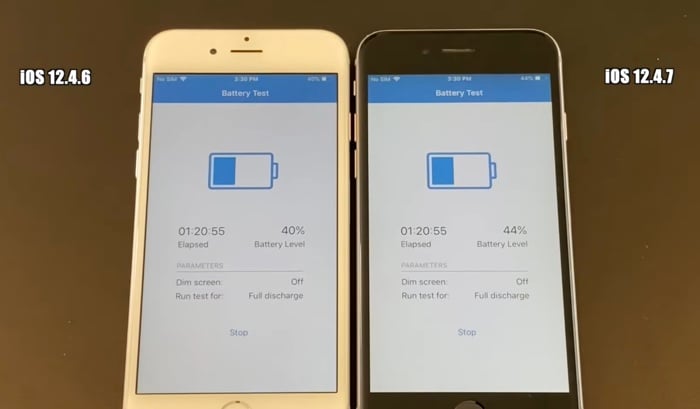 As well as the new iOS 13.5 software update, Apple also released iOS 12.4.7 for older devices and now we have a speed test and battery test in a new video.

The video below from iAppleBytes gives us a look at the iOS 12.4.7 in a speed test and battery test, the software is available for the iPhone 5S, iPhone 6, iPhone 6 Plus, the first generation iPad Air, iPad Mini 2 and 3 and the 6th generation iPod Touch.

There was a slight improvement in battery life on the devices that were tested although this was only a minor improvement.