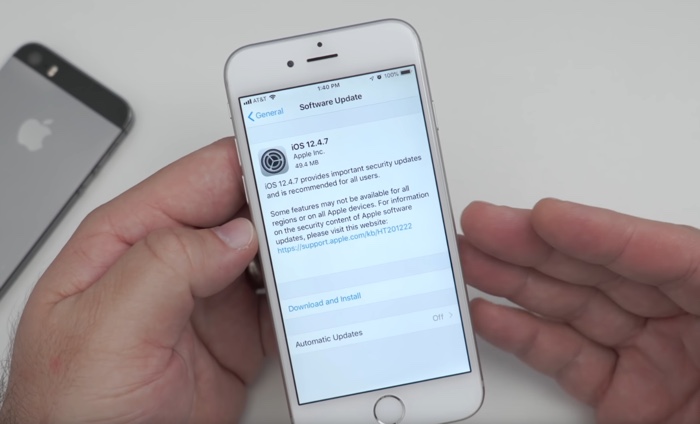 As well as releasing the new iOS 13.5 software update, Apple also released iOS 12.4.7 for older devices which are not supported by iOS 13.

Now we have a video from Zollotech which gives us a look at what is new in the iOS 12.4.7 software update for older devices.

As we can see from the video the new iOS 12,.4.7 update  mainly comes with some bug fixes and performance improvements, plus some security updates.

The update is available for the iPhone 5S, iPhone 6, iPhone 6 Plus, the first generation iPad Air, iPad Mini 2 and 3 and the 6th generation iPod Touch. You can install the update on your device by going to settings general, software update.