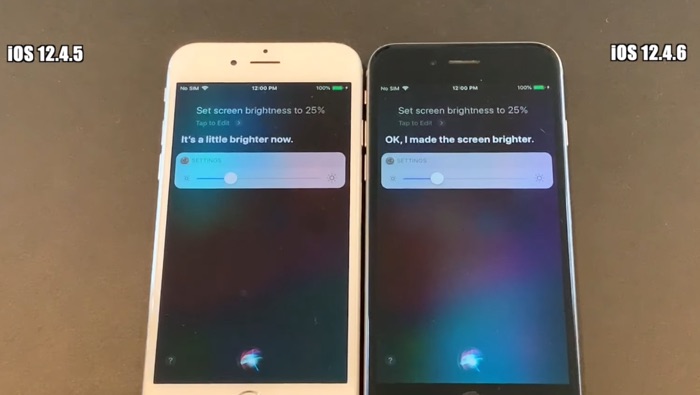 As well as releasing iOS 13.4 for the latest devices, Apple also released iOS 12.4.6 for some older devices like the iPhone 5S, iPhone 6 and some older versions of the iPad.

Now we have a speed test video for iOS 12.4.6 and also we get to see if there are any improvements in battery life.

As we can see from the video the iPhone 5S running the previous iOS 12.4.5 booted up slightly faster, some apps do appear to be a little bit faster with the new OS, although there is not much in it.

The iPhone 6 running the iOS 12.4.6 software appears to have booted up a split second faster, although they were so close you could hardly see the difference, there do not appear to be any major improvements in the apps.

With the battery life test on the iPhone 6, the device running the new iOS 12.4.6 software appears to have lasted slightly longer.