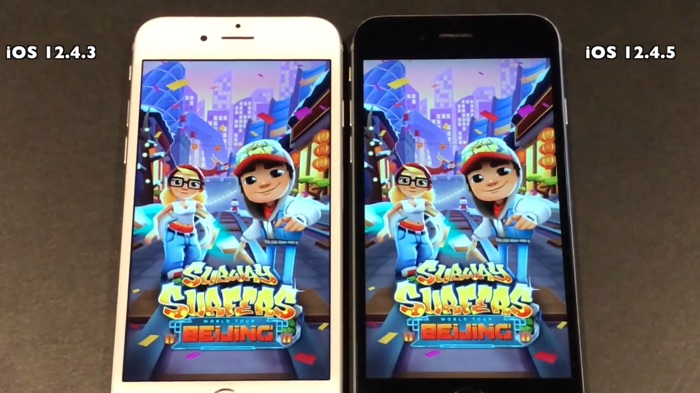 Apple recently released iOS 13.3.1 for the latest iPhones, they also released iOS 12.4.5 for older handsets like the iPhone 5S and iPhone 6.

Now we have a speed test video of iOS 12.4.5 vs the previous release of the software, lets see if these new updated make an improvements to the older iPhones.

As we can see from the video there do no appear to be any major speed improvements in either the boot up time or with any of the various apps in the latest release for the iPhone 5S and iPhone 6.