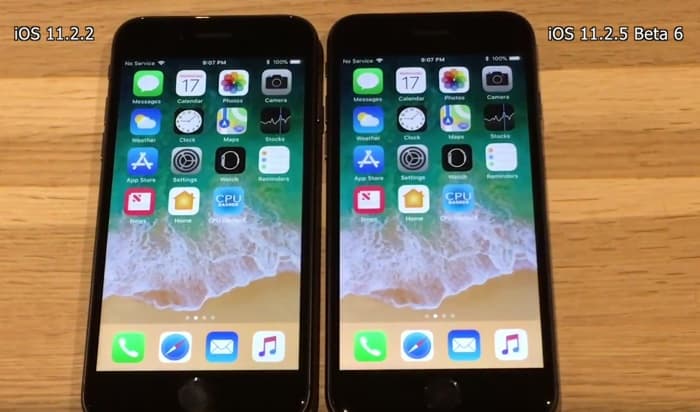 The iPhone 7 running the iOS 11.2.2 software booted up a split second faster than the handset running the new beta. The two handsets appear to be about the same in the apps. Finally we have the iPhone 8.

The iPhone 8 running the the new iOS 11.2.5 beta 6 booted up slightly faster than the handset running iOS 11.2.2. The two handsets look very similar in the apps. It looks like there are no major speed improvements in Apple’s latest beta of iOS. As yet we do not have a release date of iOS 11.2.5 although we suspect the software may land next week unless Apple releases another beta.