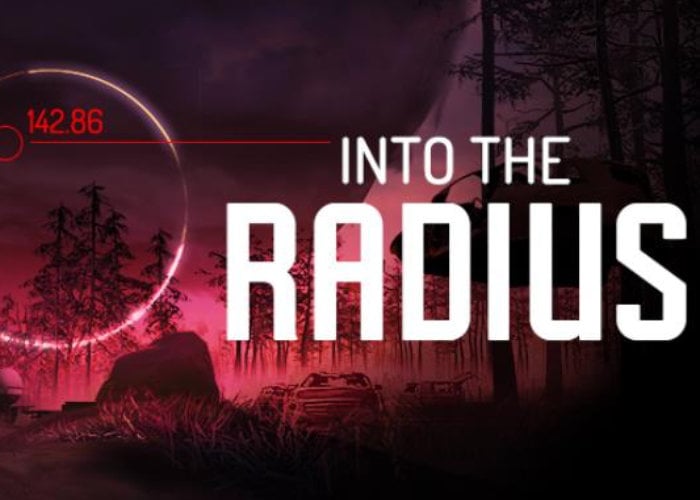 Virtual reality survival game The Radius will be officially launching in a few days time on June 20th after an extensive development process through Steam Early Access. The game will be available via the Oculus store, Viveport Infinity and Steam.

“The Radius is a single-player survival shooter for VR veterans. Stalk the Pechorsk Radius zone filled with surreal landscapes and dangerous anomalies. Use stealth, climbing or realistic firearms to explore, scavenge for loot and recover strange artifacts in an unforgiving dystopian environment.”

“In 1987 the ‘Pechorsk Event’ changed everything for the quiet Soviet mining town. Locals described the event as a short earthquake, which caused clouds of dust to rise into the sky, reducing visibility to almost nothing. After the dust settled, they stated seeing a huge dark-red orb in the sky, with black ash floating around the area. By 2002, The United Nations Pechorsk Special Committee (UNPSC) still administers the exclusion zone around the Pechorsk Radius, and no one is allowed to enter aside from the UNPSC specialists. Inside, it has been almost completely abandoned and stands as an isolated and blighted territory. Rumors, conspiracies, and legends continue to emerge – alluding to wondrous artifacts, deadly anomalies and bizarre entities that inhabit the once quiet mining region.”

Features of The Radius game include :

– Explore
– There are miles and miles of forests, swamps and crumbling industrial ruins for you to explore however you want.
– But be careful: the Radius is filled with strange, lethal anomalies and hostile forces that threaten anyone foolish or daring enough to risk their lives.
– Orienteer with your realistic map, plan your mission route, climb over obstacles, scout out shelters, uncover loot caches, and try not to get killed. At least not too often.
– Realistic Weapons
– Featuring classic Soviet firearms like the AKM Kalashnikov, PM Pistolet Makarova, SKS Carbine, and much more to come. Realistic interaction, manual magazine loading with different ammo types and weapon attachments.
– Be sure to switch off the safety before you start firing! Realistic bullet physics cause ricochets, and bullets can penetrate different kinds of materials.
– Take care of your weapons – if they take damage or their condition deteriorates, they will begin to jam.
Survival
– Your only means of survival is to stalk around with your detector, hunt for artifacts and complete missions assigned to you by the UNPSC.
– Stealth, silence, and preparation are your best friends in the Radius Zone. Understand how to navigate the terrain, move slowly, take cover, crouch, sneak, and beware of the threats around you!
– Pack the right gear for your journey and plan ahead. Use the realistic day / night cycle to your advantage – scavenge for loot and scout during the day, sneak around quietly and evade your enemies under the cover of night.