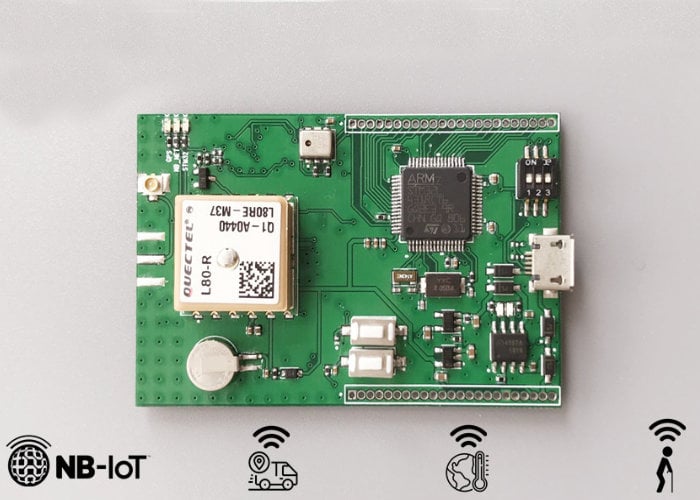 A new Internet of Things develop on board has launched via Kickstarter this week in the form of the COSMLINK TinyNB a small, expandable NB-IOT development board to help you easily create your prototypes. Watch the demonstration video below to learn more about the COSMLINK TinyNB.

TinyNB is based on ultra-low-power ARM Cortex M4 32-bit MCU, STM32L431, offering 256KB flash, 64KB SRAM, frequency up to 80 MHz all within a form factor that measures just 60 x 40 mm. Earlybird pledges are now available from £57 and worldwide delivery is expected to take place during September 2019. Its developers explain a little more about the board, its feature and development process.

“TinyNB is small NB-IOT development kit. STM32 low-power MCU based board which already supported by Arduino make everyone to fast prototyping their IOT idea. Numerous sensors can be attached, it is easy to program with example codes. Debugging and data reading is quite friendly with the help of onboard LED, button and OLED screen. Two kinds of antennas are provided, SMA antenna and PCB antenna with U.FL connector, so you have more option for mechanical design.

For the past months we completed hardware design and developed example codes(temperature/humidity monitor, GPS tracker,light intensity monitor,smoke alarm), which function well and already can send data to IOT cloud platform and receive commands from IOT cloud server. We also developed Android App, so you can read data and send command from mobile phone. All codes, hardware design, documents and tutorials will be open source to download at shipping day. Next step will be mass-production, and we need your support. “ 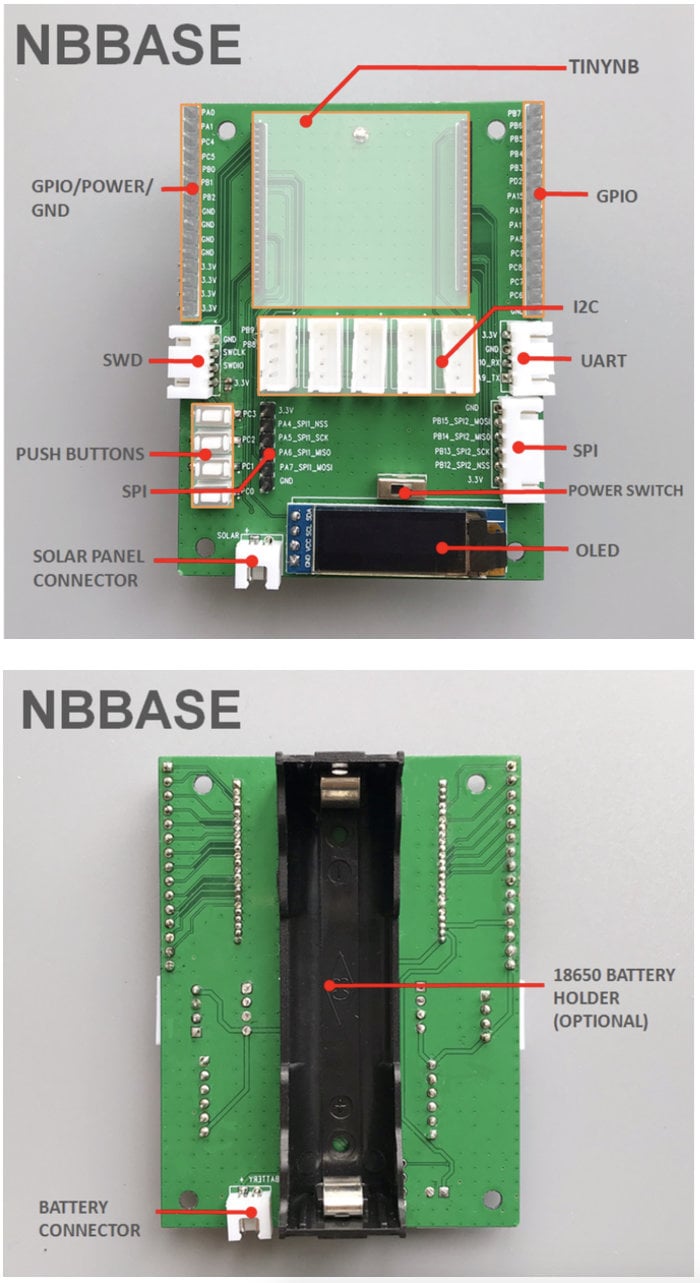 Two kinds of NB-IOT module are used, Quectel BC35-G/BC95-G (compatible each other, final shipping will be BC-95G) for Asia/Europe/Latin America/Africa and BC66 for North America due to different frequency bands for each region: