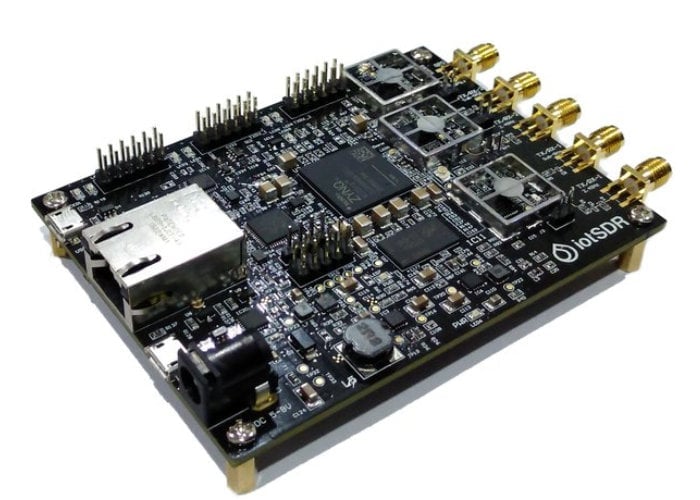 Developers, makers and enthusiasts looking to build their very own Internet of Things protocols and gateways may be interested in a new versatile development board called the iotSDR, which will soon be available to purchase via the Crowd Supply website. The iotSDR development board provides a platform that allows SDR developers and enthusiasts to “develop cutting-edge solutions in the IoT radio and network domains” say it’s creators.

Equipped with two Microchip AT86RF215 frontends the development board is capable of providing I/Q streams and modem functionality for the Xilinx ZYNQ SoC, as well as a MAX2769 GNSS chip for custom GPS, Galileo, BieDou, and Glonass development. It is also compatible with the popular GNURadio SDR software.

“If you want to design and develop a physical layer protocol for IOT – a protocol like LoRa, SigFox, WightLess, Bluetooth, BLE, 802.15.4, ZigBee, or something of your own – this board is for you. It is also a great place to start if you want to build a custom IoT gateway along the lines of The Things Network, LPWAN, or Google Thread.”

For more information and to register your interest in the iotSDR development board to create your IoT protocols and gateways jump over to the Crowd Supply website and project page by following the link below.

Features and  specifications of the iotSDR versatile develop on board include :