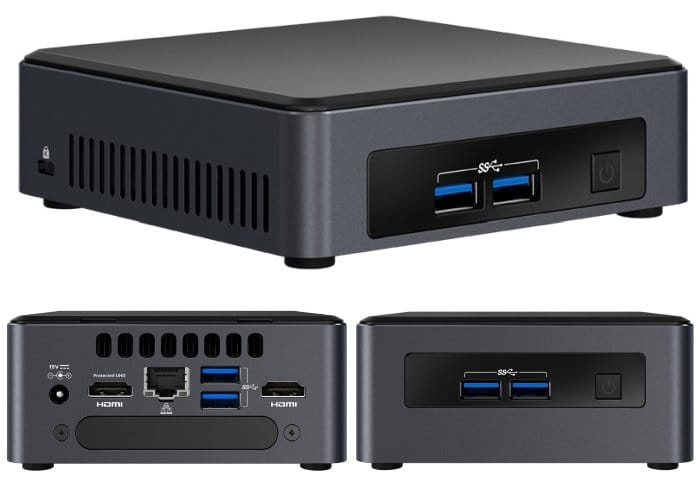 After previously being leaked early in July 2018 Intel has this week announced the availability to preorder its new Coffee Lake equipped NUC mini PC range, with shipping expected to take place next month during September 2018. According to the SimplyNUC website Intel will start shipping the higher specification models first with the Core i7 rolling out first followed by the Core i5 and Core i3 mini PCs roughly one month later during mid-to-late October 2018.

A quick overview of what you can expect from the new Intel Coffee Lake NUC mini PC range check out the video below to learn more about this mini PC equipped with a 28 watt Intel Coffee Lake processor supported by Intel Iris Plus 655 graphics.

Preorders are now available through distributors with systems priced from $490. For this you receive a mini PC equipped with an Intel Core i3-8109U processor, 8GB of RAM, and 128GB of solid state storage ready for an operating system to be installed. Intel has made other options available offering faster processors supported by more RAM and operating systems pre-installed such as Windows 10 Home or Professional. Complete barebones systems are also available from $274 if you have already have the hardware ready to install.