After Intel unveiled their new Intel Edision tiny PC at CES 2014 Consumer Electronics Show in Las Vegas it was originally thought the mini PC would be roughly the size of a SD card.

However Intel has revealed this week that they are making some changed to the design of their Intel Edison mini PC and its form factor will also change to accommodate these changes. 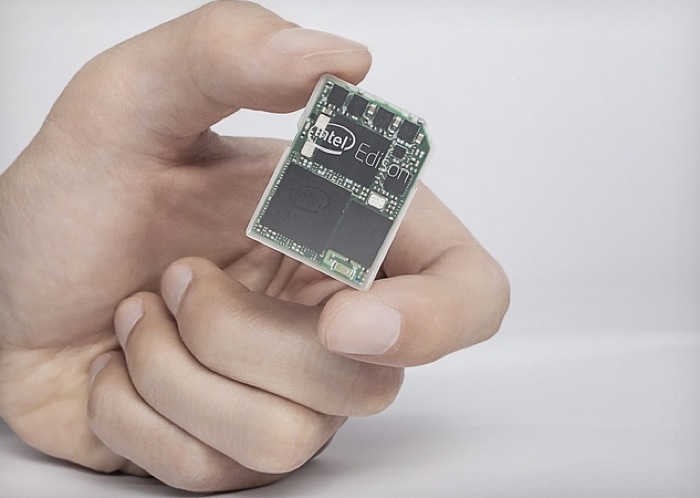 Out goes the company’s flagship Quark processor to be replaced by a tried-and-tested 22nm Atom processor based on the Silvermont architecture.

“We have received an enthusiastic response from the pro maker and entrepreneurial communities, as well as consumer electronics and industrial IoT companies. And have decided that in order to best address a broader range of market segments and customer needs we will extend Intel Edison to a family of development boards.

Unfortunately no information on pricing or worldwide availability has been released as yet, for either of the Intel Edison mini PC announced, but as soon as information comes to light we will keep you updated as always.

For more information on the new Intel Edison mini PC and the announced changes jump over to the Intel website for details.