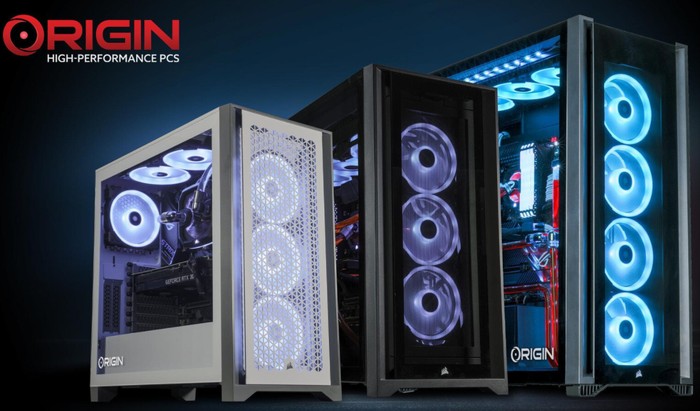 Following on from the launch of the new Intel 12th Gen Intel Core processors earlier this week, Corsair and Origin PC have wasted no time refreshing their PC systems to incorporate the latest Intel 12th Gen Intel Core CPUs. “12th Gen Intel Core processors are a huge leap forward for game performance and platform innovation, including support for industry leading memory, I/O and connectivity,” said Marcus Kennedy, General Manager of Gaming and Esports, Intel. “The Intel Core i9-12900K is powered by our new performance hybrid architecture – and delivers blistering performance for high frame rates and multi-tasking. It’s exciting to work closely with CORSAIR and ORIGIN PC on their new system lineup to bring this level of performance to gamers everywhere.”

“The latest generation of processors from Intel delivers incredible speed and intelligence, enabling impressive gaming, productivity, and content creation. With new performance hybrid architecture that distributes processing power to where you need it most, and compatibility with the new DDR5 memory platform, the CPUs powering every updated CORSAIR and ORIGIN PC system offer unprecedented speed and performance.”

“For a powerhouse PC that makes an instant impression, look no further than the CORSAIR VENGEANCE i7300 Series. Housing its 12th Gen Intel Core i9-12900K processor and NVIDIA GeForce RTX 3090 GPU in a CORSAIR 4000D AIRFLOW mid-tower case, the VENGEANCE i7300 Series is illuminated by up to 112 individually addressable RGB LEDs. Available with new CORSAIR DOMINATOR PLATINUM RGB DDR5 memory or VENGEANCE RGB PRO DDR4 memory, this is a gaming PC for those who want a flashy look to go with the latest tech. Now equipped with the most powerful Intel Core processors ever produced and blazing-fast DDR5 high-performance memory, CORSAIR and ORIGIN PC systems will take your gaming to the next level.”

The Corsair VENGEANCE i7300 Series is now available to preorder throughout the United States and is backed by a two-year warranty, alongside the Corsair worldwide customer service and technical support network.