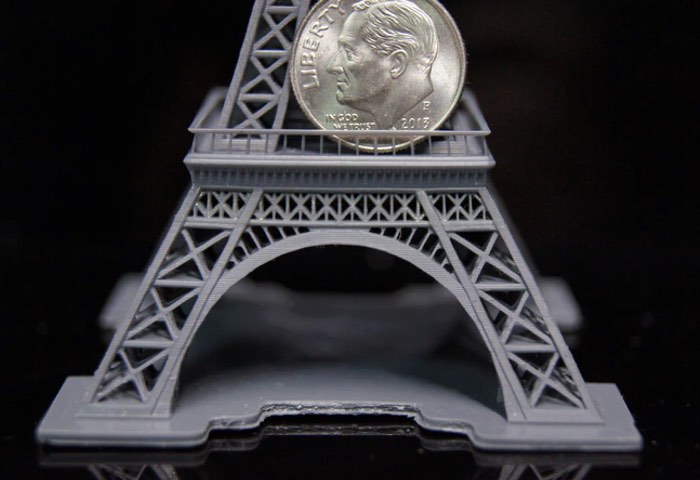 Anyone in the market for a highly precise desktop SLA 3D printer might be interested in a new printing system called the iNTEGRATOR that has been created by Craft3D, who have taken to Kickstarter this week to raise the $50,000 they require to make the move into production.

The iNTEGRATOR has been specifically created to provide a fast highly precise printer that offers a larger print size of 157 x 95 mm when compared to the first 3D printing system.

Watch the promotional video below to learn more about the inspiration, design and construction of their latest SLA 3D printer which is now available to back with pledges starting from $1,899.

In comparison with the most well-known FDM and FFF 3D printers, Integrator is far more precise and less time-consuming. In addition, Integrator is characterized by a movable beam projector. Users can produce the best quality printing output by controlling its position according to their own preference.

The current 3D market today is divided by two groups: one for advanced users and another for general users. Integrator targets both of these users. First of all, its high printing resolution brings the most enjoyable 3D printing experience to advanced users like 3D character designers, jewelry designers, engineers, artists, researchers and etc. Secondly, Integrator is suitable for the general users due to its low price. This advantage will bring satisfaction to customers who seek high quality 3D printers with affordable price.

For more information on the new SLA 3D printer jump over to the Kickstarter website for details and full specifications by following the link below.