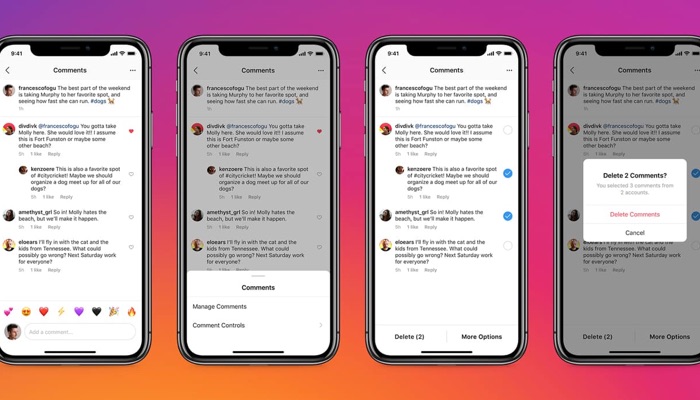 Instagram has been adding a range of features to its app in order to combat bullying and online trolls, the latest one is the ability to delete comments in bulk.

Previously someone would have to delete comments one by one, this can now be done in bulk, they are also testing out a new pinned Comments feature and more.

First, we’re launching a new feature to help people manage multiple unwanted interactions at once. We know it can feel overwhelming to manage a rush of negative comments, so we’ve been testing the ability to delete comments in bulk, as well as block or restrict multiple accounts that post negative comments. Early feedback has been encouraging, and we’ve found that it helps people, especially with larger followings, maintain a positive environment on their account.

Another new feature will be the ability to choose who can tag and mention you in a post, you will be able to choose between everyone, only people you follow, or no one.