With the unveiling and release of Googles new Nexus One phone only days old. iFixit have already taken their’s apart and unlike the iPhone say that getting to the battery in the Nexus One is a fairly easy operation. 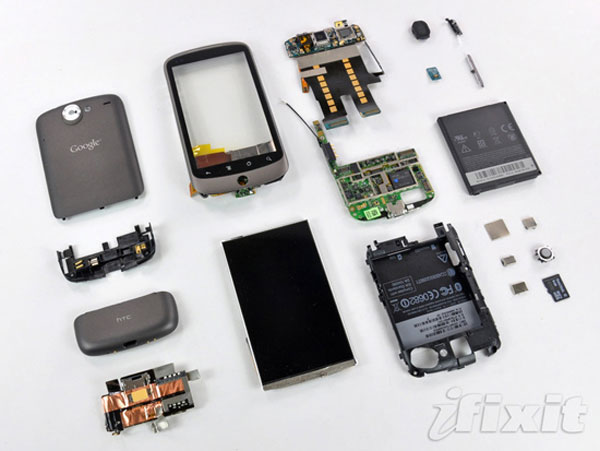 The HTC made device has 802.11n wifi, 1GHz Qualcomm Snapdragon processor, 5MP digital camera with a 3.7-inch 480 by 800 AMOLED display. Check out the video slideshow below:

Well, we went for it. After forking out a bank-account-devastating $530, we have the Superphone in hand! Keep your eyes peeled as we tear this baby apart.

If you fancy having a look in your new Nexus One you will need the following tools: Phillips #00 Screwdriver, T4 Torx Screwdriver and iPod Opening Tools.