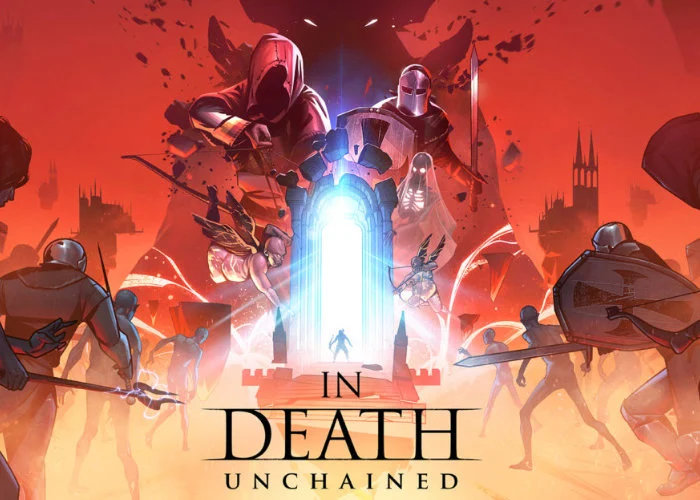 Oculus Quest virtual reality headset owners patiently waiting for the arrival of the highly anticipated In Death: Unchained game. Will be pleased to know it will be officially launching on the Oculus Quest platform next month on July 23rd 2020.

Specifically created for the Oculus Quest and building on the PC VR game In Death, the latest game in the series once again provides procedurally generated levels and will be priced at $30.

In Death: Unchained brings the rogue-lite experience screaming onto the Oculus Quest as few other games have done before for the platform. Grab your longbow and rain down arrows against the forsaken souls, angelic creatures and demons that have taken over the afterlife as you battle through the procedurally generated levels of Heaven, Purgatory and Hell. Initially created by Solfar Studios as In Death, Superbright develops the IP further to give Oculus Quest the rogue-lite the platform needs. The game is thoroughly extended with a new content, experience, and love that the title deserves.

Features of In Death Unchained for the Oculus Quest include :

– Rogue-lite action in VR without the hassle of cables or confined play spaces.
– Accuracy and tactical positioning focused gameplay. The game puts a strong focus on outsmarting and outplaying the enemy through clever positioning and being precise with your shots and defenses.
– Procedurally generated levels that adapt to the player’s skill level and progress as they play.
– Full use of VR capabilities. Locomotion, aiming, shooting, dodging incoming fire, using the environment for cover, head and arm tracking etc.
– Multiple enemy types and distinct worlds. Fight demons, angels and monsters through heaven, purgatory and hell.
– Progression through death as each run earns you special abilities or modifiers that carry over to the start of your next game.