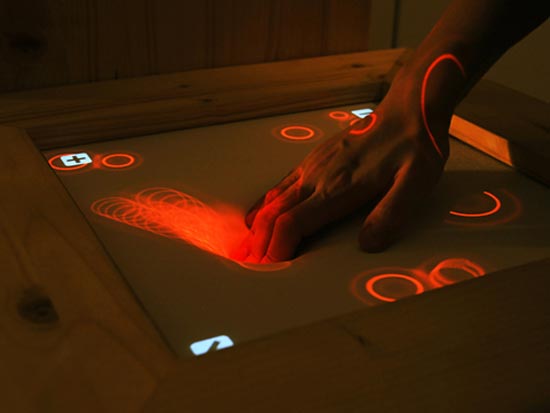 The flexible display is made up of foam and force sensors, which means it actually reacts to your movements on the screen, and the screen moves as you touch it. 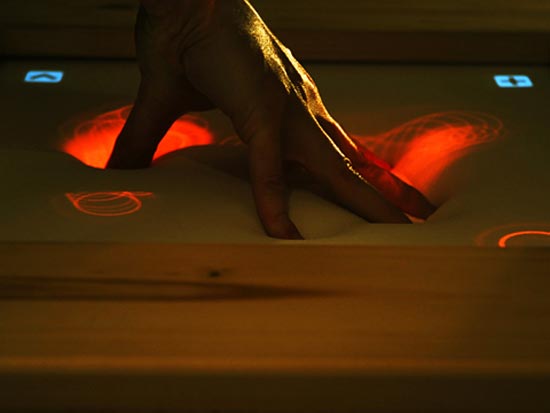 Here’s a video of it in action

“The user can merge in and collaborate with technology more than ever. He can squeeze out information and fly through rooms, he can form three-dimensional and put objects in motion by deforming the surface. Four short applications allow an insight into an absolutely new world of deeply sensitive and intuitive interaction possibilities.”

From the video it looks great, it certainly looks a lot more interactive, and I love the way it gives the user feedback as the screen moves with you, it is only in the prototype stage at the moment, but I reckon this could be one to watch for the future.

Dis.Play via Hack A Day